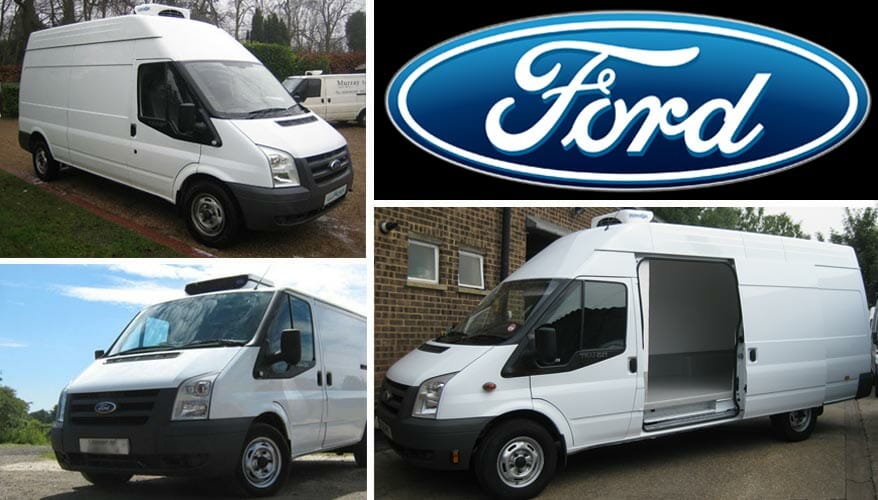 Our Thoughts on the Refrigerated Edition of Fords New Model

Compared to the usual amount of space set aside by models like it — the van’s gigantic storage space holds more, protects the cargo from bumps and sharp turns whilst maintaining storage temperature, and has a low load height that reduces the strenuousness of loading and storing.

The Ford Transit refrigerated van has been the pinnacle model of its kind to exist on European roads for decades, with the latest model dethroning the Ford E-Series model. It offers more room, whilst shedding weight and increasing its horsepower. In a society striving to become greener, the van has become increasingly fuel-efficient without sacrificing speed or handling. The tireless technological implementation of new mobile refrigerating techniques not only fires The 2015 Ford Transit van ahead of its predecessors, but also puts it on par with the more prestigious models of today, including the Nissan NV2500/3500 HD and Mercedes-Benz Sprinter, as well as the Ram ProMaster.

One of the most immediately striking features of the 2015 Ford Transit refrigerated van is its seemingly endless refrigeration space. Set aside behind the seating cab is an area of over 10 feet long, with enough height to drastically increase the potential refrigerated cargo one might transport. This writer would even go as far to say that it feels like more of a spacious storage unit than the back of a van, with the height far exceeding any need to exercise caution.

The 2015 Ford Transit refrigerated van will make you question whether or not it is one whilst driving it; it handles like a light vehicle without ever feeling as though it doesn’t have the robustness to carry a large amount of cargo. The practical storage and loading elements of the van merge perfectly with the vehicular instruments in the front, which can be likened to the recreational Fiesta and Focus, whilst still maintaining the benefits of a large windshield, high seating position, and backup camera required to operate such a large vehicle. The 2015 Ford Transit refrigerated van brings together the benefits of both worlds, whilst leaving behind the drawbacks.

As mentioned previously, the 5-liter twin-turbo EcoBoost V-6 used in the Transit is more than capable of handling large loads of refrigerated goods, even at capacity, without limiting speed or handling. There’s enough power in this 2015 Ford Transit that accelerating the big van down highway on-ramps isn’t any more stressful than driving a low-horsepower compact sedan.

To conclude, The 2015 Ford Transit refrigerated van is an expertly effortless conversion; cargo sizes large and small over seemingly any distances are well within the Transit’s capabilities, and it will exceed your expectations whilst demonstrating those capabilities to you in a comfortable, easy to access setting. Finding a refrigerated vehicle that combines great handling, space, and speed, whilst maintaining an eco-friendly carbon footprint, has just become easier.