Perhaps one of the most rugged vans in the niche of heavy-duty vehicles, it is clear upon sighting the Iveco Daily that it is a vehicle manufactured mostly for its hauling functionality and barely for comfort inducement. Its components, build, interior decor, and external aesthetics clearly represent a vehicle that is efficient in the task of conveying heavy items and equipments from one location to another. It is definitely the van of choice for mobile freezer van entrepreneurs seeking a rugged vehicle that can ply the toughest of roads while also carry tremendous amount of frozen weight. With a ladder chassis that is strong and rugged, and a gross weight that usually reaches 7.1-tonnes, the Iveco Daily is certainly among the lead favourites of large-sized vans.

The ladder-frame chassis of the Iveco Daily is usually modified to match the load carrying strength of its various models. These modifications ensure that smaller variants of the van are not fully strengthened thus increasing their mobility and flexibility. The larger models, however, have been massively re-enforced to raise their payload capacity by enormous folds. This is why the Iveco Daily is one of the most trusted vans for the hauling heavy loads.

The load volume of the vehicle’s several variants usually ranges from 7.3m3 to about 19.6m3, making it quite effective in carrying a wide selection of materials and equipments. The ladder frame chassis of the vehicle comes with a persistent flaw of a higher loading height, which has been corrected in the latest model thus resulting in a loading height that is on par with the rest of the vehicles in its niche.

The Iveco Daily has two Fiat group engines available with both being four-cylinder Euro 6 models. One of the engine variant, the 2.3-litre operates with an output of 116hp, which can rise to the value of 156hp. A second, the 3.0-litre engine, is available with 150hp to 205hp. The 3.0-litre engine can also be matched with CNG power, which is able to give an output of 136hp.

Features that are consistent with the vehicle’s engine include the Iveco EcoSwitch, start-stop, and the Smart Alternator that helps in capturing kinetic energy used in charging the battery.

Compared to other large vans in its niche like the Mercedes Sprinter and the Ford Transit, The Daily is less sophisticated even with its latest release. Though the interior is an upgrade from its earlier models, it still isn’t there yet when it comes to visual appeal. Perhaps that is because the van makers do not want to modify the aesthetic s of the cabin in a manner that jeopardizes the vehicles functionality. What it lacks in extensive cabin design, the Daily more than makes up for it with vast numbers of storage spaces. The cabin of the vehicle also possesses basic tools like very comfy seats and an efficient DAB radio.

Because the Iveco Daily is seen by its manufacturer as a small truck rather than a larger van, it counts on its robustness and heavy-duty framework to maintain efficiency and safety. Safety tools that can be found in the van include the ESP stability control, ABS, a driver’s airbag, and seatbelt pretensioners.

For a vehicle with such ruggedness, the Iveco Daily is quite a very comfortable van to drive with its newest model offering even sharper driving dynamics. It, however, lacks in responsiveness when compared to other heavy-duty vans, as it has a more rigid steering feel and gear manoeuvre. 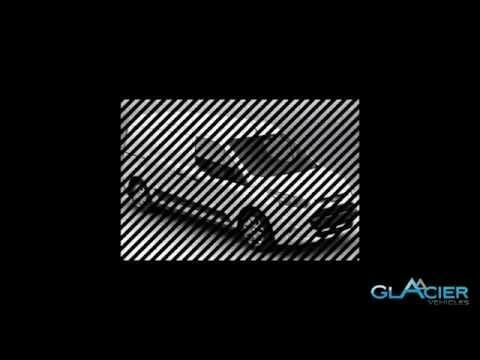