No matter what your individual refrigerated vehicle requirements are, Glacier Vehicles has the experience and knowledge to help you find the right van. The reason that we can offer you fantastic prices is simple; a long history in the industry has enabled us to form strong links with commercial vehicle manufacturers, and the best refrigeration and insulation technicians in the business.

A new way to buy your refrigerated vehicle in Southampton

Are you looking for a used refrigerated van in Southampton? Glacier is the place for quality refrigerated vans that have been used and refurbished. The diversity of the marketplace requires that temperature -controlled vans fill a lot of different needs. In your business the way you do things will be slightly different from any other company and therefore you need vehicles that are right for you. It’s an important decision when you choose your used refrigerated vehicle and therefore you need to go through a thorough process. Use the Glacier knowledge in your vehicle refrigeration business in Southampton Over 20 years of experience getting the right vehicle for each business has made Glacier Vehicles a leading light when it comes to choosing vans for your fleet. With such degree of expertise, your business can’t make the wrong choices when picking Glacier for your refrigerated vehicle in Southampton All of your requirements will be met when Glacier Vehicles go through your operational requirements to understand your business. By choosing poorly in something as small as the equipment in the van you can dramatically decrease the efficiency of your business. Working with a company trusted by businesses all over Southampton guarantees you won’t have to deal with nasty surprises.

Conversion of refrigerated vehicles in Southampton

The quality of conversion completed by Glacier Vehicles has meant we have a brilliant reputation in the transportation industry. The skilled and experienced transportation sales consultants at Glacier can help you get exactly what you need from a conversion, or exactly what you need from an existing model on the forecourt. When you choose Glacier to convert your van you will get exactly the result your business needs. By booking a demo with Glacier Vehicles you can better understand how a van can meet your operational requirements. All vehicles are HPI cleared and have a full maintenance and performance check by in-house engineers to ensure that everything is working perfectly. 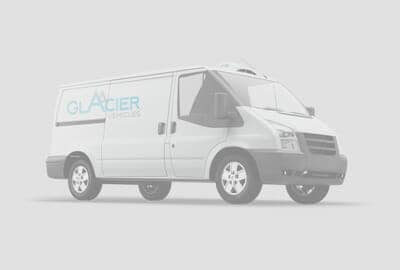 The best refrigerated vehicles in Southampton

We always have lots of different brands of refrigerated van in our showroom. That includes Vauxhall, Volkswagen, Peugeot, Renault, Nissan, Toyota, I’ve echo, Mercedes, Citroen, Fiat and Ford refrigerated vehicles. With over 20 different models from some of the manufacturers we provide you with more choices than other refrigerated van companies in Southampton. Many customers find that it is baffling trying to understand the differences between vans, we can clarify the features and benefits so that you get the correct vehicle for your fleet. With decades of experience our teams are here, ready to help you get the right refrigerated vehicle for your needs.

Budgetary constraints can make it difficult to source a refrigerated van, but we make sure you can always find something for your budget. Whether you want to spend over £25,000 vehicle, or have a budget of £5000, will do our best to help you. If you want to spread your payments over affordable monthly premiums then get in touch and we can talk to you about our affordable finance options.

Our goal is always to offer our customers exceptional service so they come back to us again and again. We work hard to ensure that we are always improving by enhancing our product knowledge and improving our communication skills. Our testimonials provide you with a glimpse into the positivity and satisfaction our customers feel towards our service. Very few companies have the positive testimonials that we have, and we are sure that they will provide you with some peace of mind, and confidence in our refrigerated transportation service. Whatever your business needs, whether it be a single van or a whole fleet, Glacier Vehicles are on the end of the phone to advise, guide you and get you the right refrigerated van in Southampton.