No matter what your individual refrigerated vehicle requirements are, Glacier Vehicles has the experience and knowledge to help you find the right van. Over the years we have built and maintained relationships with every major vehicle manufacturer, and with the top refrigeration and installation engineers, enabling us to provide discounts to our customers.

A new way to buy your refrigerated vehicle in Birmingham

At Glacier Vehicles we aim to do things a little differently, and aren’t just trying to sell the most expensive vehicle. The first step is always understanding your business and how your business operates on a daily basis so that we can provide you with the optimal vehicle to match your requirements. Glacier Vehicles has helped many businesses grow, and want you to grow too, so that you come back again and again whenever you need to increase your fleet of refrigerated transportation vehicles. The importance of working with a refrigerated company that understands the need for tailor made solutions cannot be overemphasised.

If you’re looking for high quality used fridge vans in Birmingham then this quality dealership is the place for you. When it comes to used fridge vans our dealership is the premier place to go. At Glacier Vehicles we understand that every business is different and that the transport and logistics sector requires diverse of refrigerated vans. Your operational requirements will be unique, and therefore you need a unique vehicle solution. The process you go through when you choose a used refrigerated van, or a whole fleet of them, has to be comprehensive and appropriate to your business. Glacier refrigerated vehicle experts in Birmingham are ready for you Very few companies can beat the 20 years of experience the Glacier Vehicles has of producing quality reports and providing the right vehicles to businesses. This is why thousands of businesses in Birmingham have continued to count on us to provide nothing but the best van quality at all times Understanding your business is key to getting the right vehicle, and Glacier Vehicles has so much experience looking at operational requirements that we know what to do. Getting the wrong refrigeration equipment installed on your van can have catastrophic consequences to your brand. This is why you shouldn’t leave anything to chance and work with tested and trusted professionals

Conversion of refrigerated vehicles in Birmingham

The quality of conversion completed by Glacier Vehicles has meant we have a brilliant reputation in the transportation industry. The teams at Glacier have a massive amount of experience and can help you to understand the exact conversion that will fit your business, or the exact model in the showroom that will meet your needs. Your van conversion will be geared to ensuring that the van ends up a great fit for your business. Glacier is more than happy to demonstrate vehicles so you can get a good idea of what will work. All vehicles are HPI cleared and have a full maintenance and performance check by in-house engineers to ensure that everything is working perfectly. 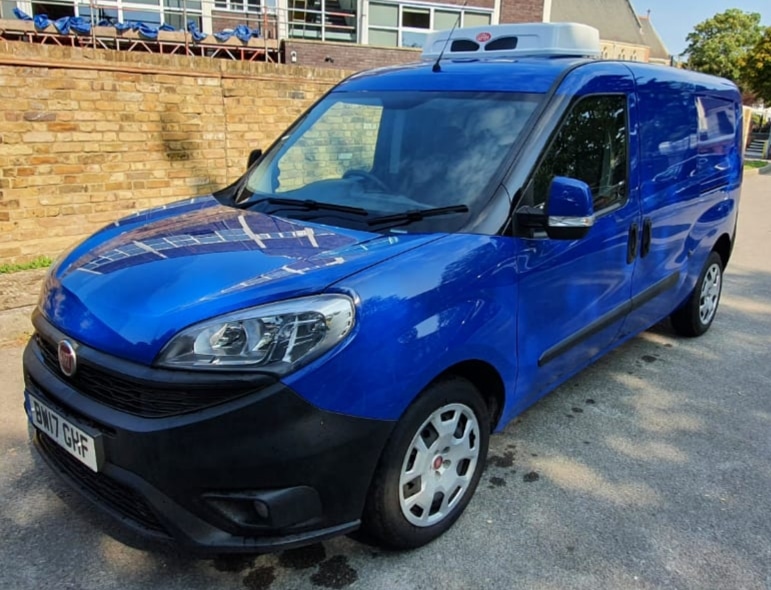 All the big refrigerated vehicle brand in Birmingham

We strive at all times to keep all of the big brands and all the best models of refrigerated van available in our showroom. We provide you with options including Toyota, Renault, Volkswagen, Vauxhall, Peugeot, Nissan, Mercedes, Ford, Fiat, Iveco and Citroen refrigerated vehicles. Every brand manufacturer offers different models and we give you choice within manufacturer as well, including over 20 vehicles from Mercedes, Ford and Volkswagen. With so much variety it can be confusing knowing which van is right for you, so we work with you to ensure that you understand the different features and benefits and get the right vehicle. Get in touch today and have our refrigerated vehicle experts find you the brand you are looking for, and the right model.

Your business needs to ensure that you get a van that fits within your budget. We have vehicles in different price brackets from less than £5000 up to over £25,000. We can also provide affordable finance options to ensure that you can split the payments at suitable levels.

By providing excellent service we strive to retain customers rather than just make individual sales. Our company’s service culture means we are always striving to go the extra mile. If you want to find out more about how our customers have rated our service then take a look at our testimonials. When you read the positive comments we are sure that you will gain confidence that we are the right company for you. Whatever you need today, Glacier refrigeration vans in Birmingham can help you. Call Now!