A unique approach to refrigerated transportation in Northampton

The goal of our company is to provide something different from the competition and not just sell a refrigerated vehicle. The approach involves understanding your business, and the operational requirements of your transportation fleet, so that we can provide the best vehicle to meet your daily requirements; at a great price. At Glacier Vehicles we want you as a customer for life, and will provide a superb service so you return next time that you need refrigerated van. Avoid delivery disappointments by working with a company that understands bespoke refrigerated van services.

Are you searching for a nearly new refrigerated van in Northampton? You won’t find a better place to buy a used fridge van than from our dealership. The diversity of the marketplace requires that temperature -controlled vans fill a lot of different needs. Even if your business does similar things to other companies it will require a different blend of vehicles due to the specific nature of what you do. It’s vital that you choose your fleet after doing significant due diligence. Tap into the knowledge of the best Northampton temperature controlled vehicle experts in the refrigerated transportation industry Very few companies can beat the 20 years of experience the Glacier Vehicles has of producing quality reports and providing the right vehicles to businesses. With such degree of expertise, your business can’t make the wrong choices when picking Glacier for your refrigerated vehicle in Northampton All of your requirements will be met when Glacier Vehicles go through your operational requirements to understand your business. By choosing poorly in something as small as the equipment in the van you can dramatically decrease the efficiency of your business. When something is overlooked in the decision making process when buying your refrigerated van it could prove costly in the long run, so avoid the mistakes by working with trusted professionals.

Get your van converted into a refrigerated vehicle in Northampton

You aren’t limited with Glacier Vehicles, because we can convert any panel van into a refrigerated or freezer unit using our innovative insulation methods. This ensures that you get your needs met exactly.

At Glacier Vehicles we have a reputation for quality customer service, after-care, premium quality vehicles and great conversions; all at reasonable prices. The skilled and experienced transportation sales consultants at Glacier can help you get exactly what you need from a conversion, or exactly what you need from an existing model on the forecourt. When you choose Glacier to convert your van you will get exactly the result your business needs. A demonstration of existing Glacier vehicle vans can help you to choose your bespoke requirements, or choose the model that you want from the showroom. You can have peace of mind when you buy from Glacier Vehicles because all vans are HPI checked, performance tested, and leave the showroom in perfect working order. 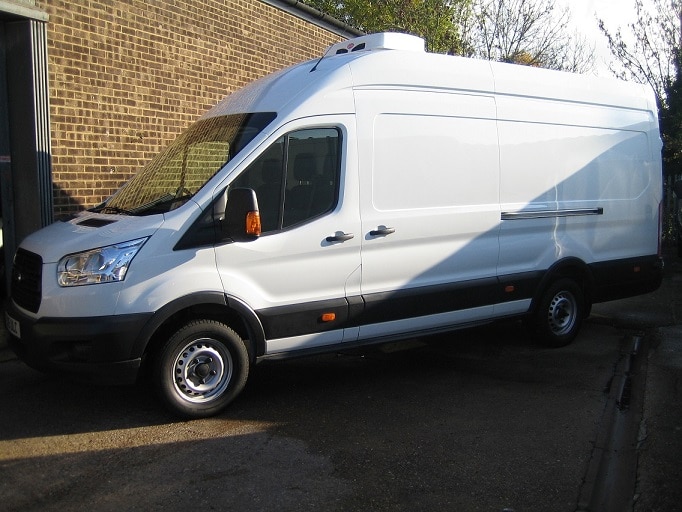 All the big refrigerated vehicle brand in Northampton

We strive at all times to stock all of the different refrigerated van brands so you have as much choice as possible. We are experts in Vauxhall, Volkswagen, Nissan, Citroen, Fiat, Ford, Iveco, Peugeot, Renault, Mercedes and Toyota refrigerated vans. Every brand manufacturer offers different models and we give you choice within manufacturer as well, including over 20 vehicles from Mercedes, Ford and Volkswagen. Our experts are on hand to guide you through the features and benefits of the different vehicle so you can make the right choice. With decades of experience our teams are here, ready to help you get the right refrigerated vehicle for your needs.

Budgetary constraints can make it difficult to source a refrigerated van, but we make sure you can always find something for your budget. Whether you want to spend over £25,000 vehicle, or have a budget of £5000, will do our best to help you. Our affordable finance options provide you with the opportunity to spread the payments over several years.

By providing superb service we ensure that our customers come back to us the next time they need a refrigerated van. We work hard to ensure that we are always improving by enhancing our product knowledge and improving our communication skills. If you want to find out more about how our customers have rated our service then take a look at our testimonials. When you read the positive comments we are sure that you will gain confidence that we are the right company for you. Whatever your business needs, whether it be a single van or a whole fleet, Glacier Vehicles are on the end of the phone to advise, guide you and get you the right refrigerated van in Northampton.